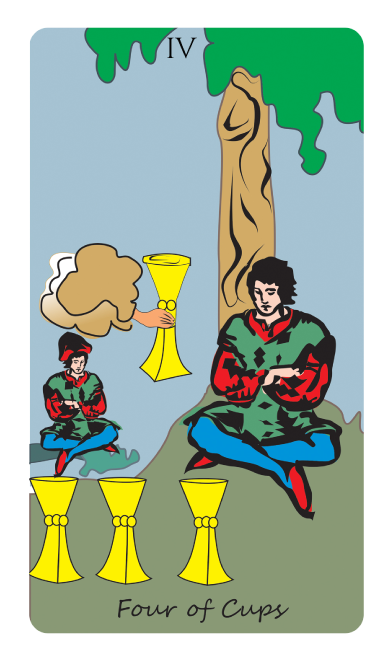 In the Four of Cups, we see a young man sitting underneath a tree. His arms and legs are crossed. Three cups are sitting in front of him. Form a cloud, a hand reaches out to him, offering him another cup, which he seems to be ignoring. His eyes seem to be downcast; he appears […] 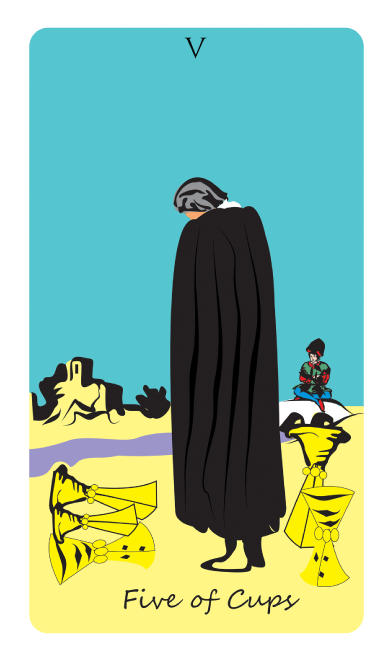 A solitary man stands in a black cloak. He is standing looking at three overturned cups, while behind him, two cups are still standing. There is a stream running past him; this represents emotion. He seems to be dealing with the past, unaware that the future offers him security. The Five of Cups speaks to […] 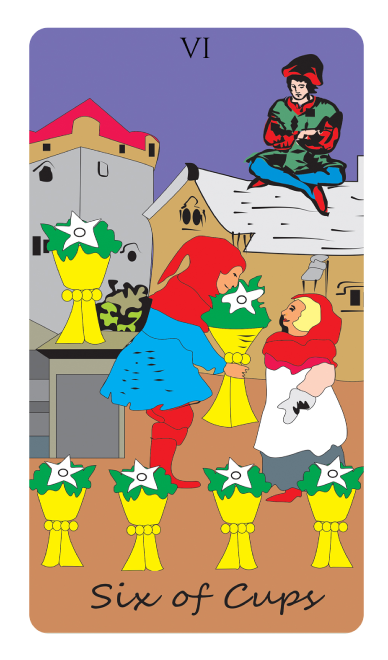 In the Six of Cups, You see a young boy talking to a girl in the village square. He gives her a cup filled with flowers; in a display of friendship. You can see another Cup standing behind him, and four others stand in a line before them. This card, to me, has an innocent […]