In the Four of Pentacles, we see a man dressed up as a king, complete with a simple crown. He is sitting on a bench surrounded by four Pentacles. He is holding one tightly in his arms, balancing one on his head, and having one under each foot. As soon as your born, you start […] 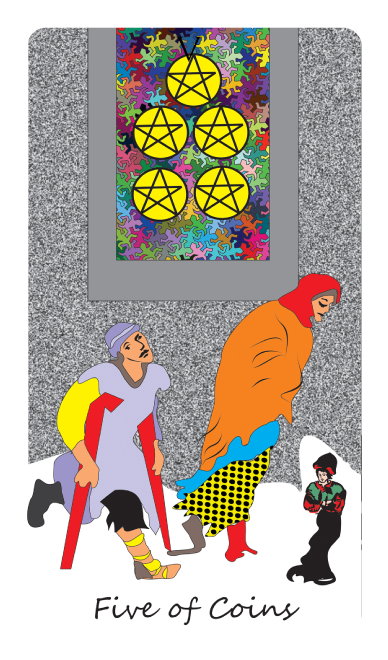 In the Five of Pentacles, you see what appears to be two beggars walking barefoot in the snow. One of the beggars is on crutches. They seem determined to walk and keep warm. They fail to notice the church’s beautiful stained glass window above them, portraying a money tree bearing Five Pentacles. Through the window, […] 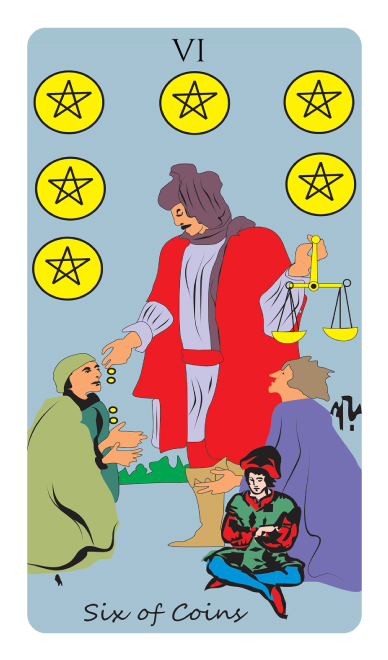 You see a well-dressed man holding a set of weighing scales in his left hand. The scales represent balance and imbalance. He is standing over two beggers who are both kneeling at his feet. You see him offering money to one of them while seemingly ignoring the other. The Six of Pentacles card is one […]