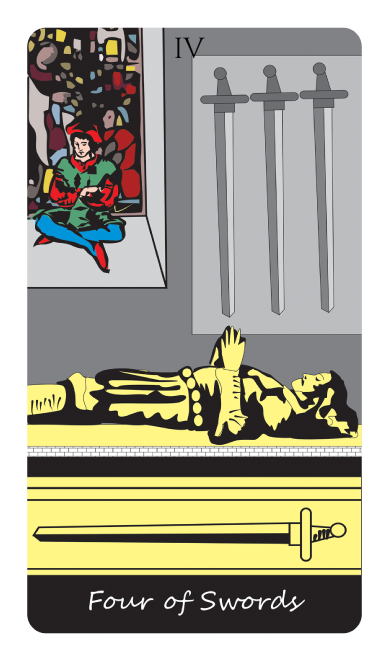 A knight is lying on a stone tomb. He has his hands clasped together as if in prayer. Above him are three swords suspended, next to a beautiful stained glass window. Another one is embedded in the tomb. This Sword symbolizes issues that might be troubling him. The Four of Swords heralds the need for […] 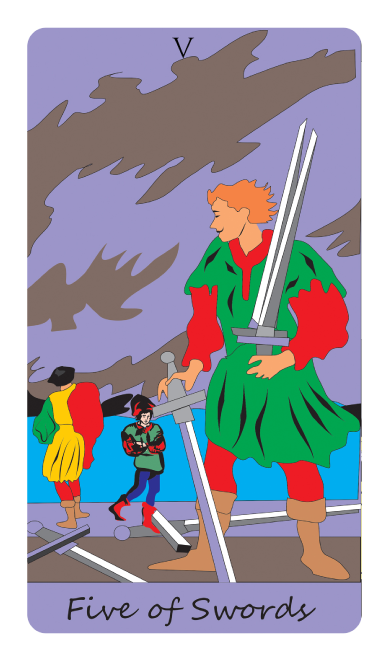 The Five of Swords shows a young man holding three swords. He is holding two boastfully and is facing the ground. The other two swords are left lying on the beach as two other men walk away. It seems that the young man has won the battle, but at what price as the two other […]

The Six of Swords shows a young man steering a small boat with a woman and a little child as his passengers. Six Swords are standing prominently with the front of the ship. The water is calm and flat on the boat’s left side and choppy on the right side. They are heading into more […]