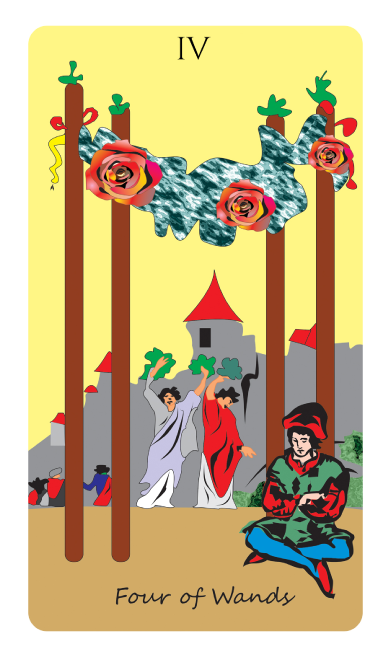 The Four Wands shows the wands being used as a support for a canopy. Underneath two people are dancing in celebration. Behind them is a castle. This card is happy and joyful. It can relate to happy family gatherings, possible news of a marriage, an anniversary, any occasion when people get together to celebrate. It’s […] 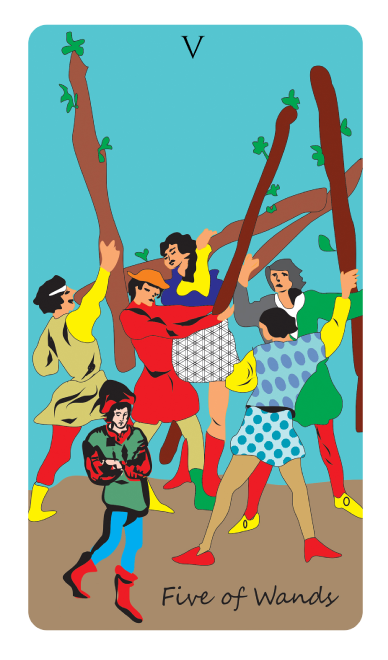 In The Five of Wands, you see a group of men. They all have wands and seem to be having some battle, or are they playing a game? When you look closer at the card, you can see they are not hitting each other, and no one is getting hurt. This card indicates disagreements and […] 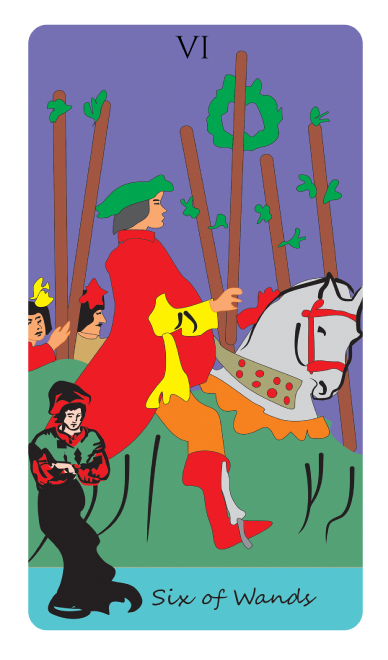 The Six of Wands shows a man riding on horseback. He is holding a wand bearing a wreath symbolizing victory. Five other wands are surrounding him as he journeys through a cheering crowd of onlookers. This is a card of success. The Six of Wands represents the trials and tribulations that you need to go […]