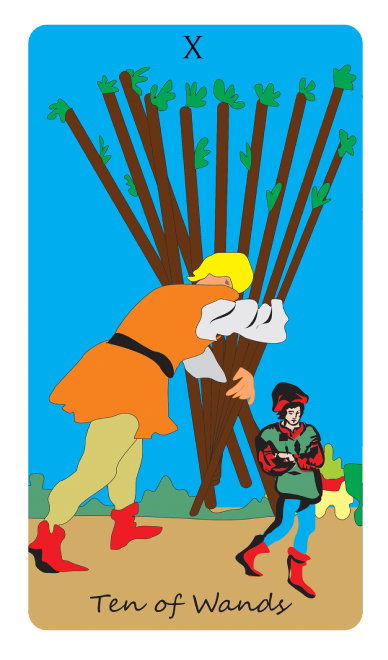 A man struggles to walk towards a town while carrying Ten heavy Wands on his back. We see he is bent over slowly carrying his heavy load as he shuffles tiredly towards his home. The man looks like he has the weight of the world on his shoulders. When the Ten of Wands appears, it […] 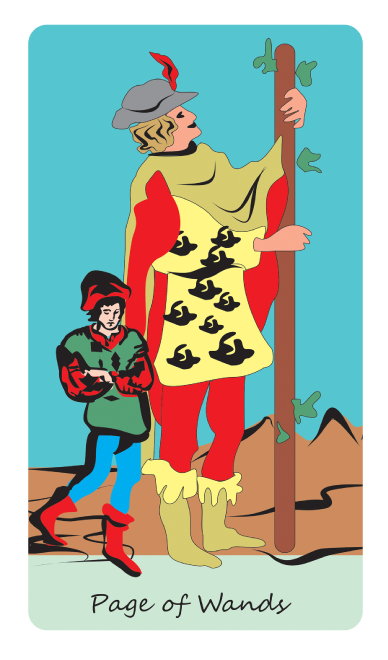 This card shows a smartly dressed young man who is standing sideways. He is holding a wand in both hands. He seems to be studying the top of his wand, looking at the tiny growing buds. He is standing in a sandy desert with pyramids in the background. The Page of Wands is a free […] 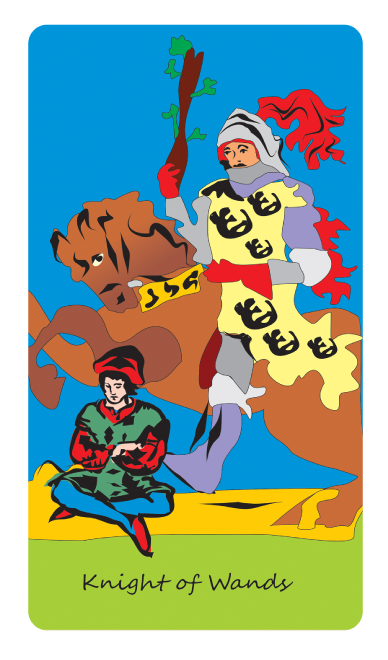 We see a knight of wands riding on his horse while holding a wand-like weapon in his right hand. He looks ready to start his journey. The Knight is about to ride off into the desert. This Knight of Wands is the card of action, speed, motivation, and inspiration. He represents impulsiveness. When you draw […]